Aquarium of the Bay

Aquarium of the Bay 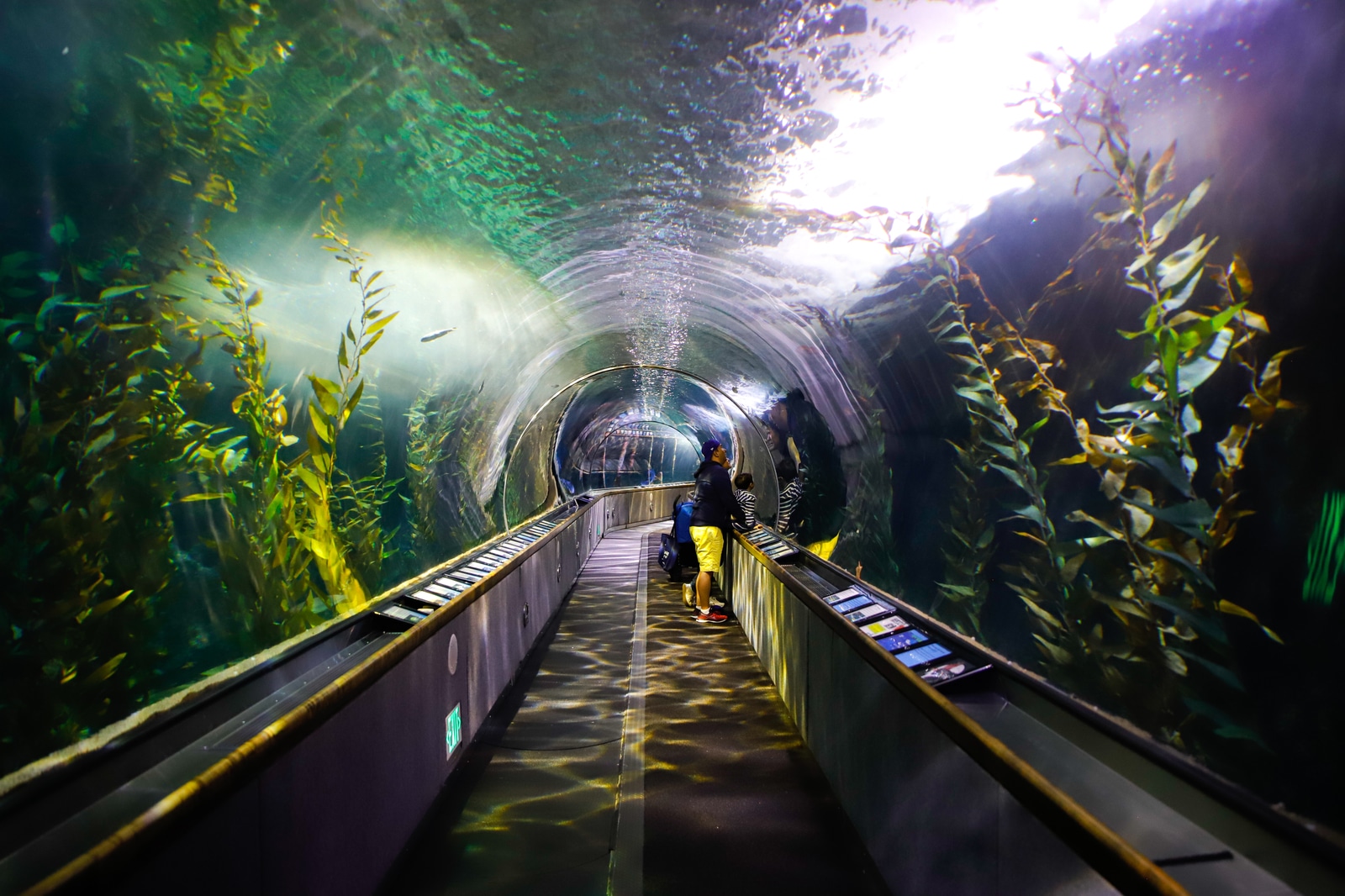 At the edge of Pier 39 lies San Francisco’s best and most interactive marine life experience, Aquarium of the Bay. With three major exhibits featuring the animals of the deep, this aquarium gives you up-close access to hidden creatures you probably don't know too much about, an excellent learning opportunity for students of any age!

Start your journey through the deep blue sea at the Discover the Bay exhibit, featuring the different ecosystems found within the bay. Eight separate galleries shine a light on over a thousand creatures and their natural habitats here, such as  Green Moray eels, the California State Marine Fish the orange Garibaldi, schools of live anchovies, and new fish hatchlings populate the exhibit.

Under the Bay, the second exhibit highlights the alluring, mysterious, and sometimes dangerous creatures that swim beneath the surface. Species of jellyfish, schools of giant sea bass, sea stars, and even sharks are represented here. Walk through the see-through tunnel beneath Sevengill sharks and stingrays as they circle above your head.

Highly interactive throughout, the Aquarium of the Bay holds an exhibit called 'Touch the Bay', in which you can, well, touch the bay! Touch the Sharks, Bat Rays, and Skates within their pools and get as close as possible with leopard sharks, swell sharks, and juvenile bat rays, running a hand over their backs as they swim past. Explore the marshes and mudflats of California at the San Francisco Bay Estuaries Exhibit, featuring artifacts found by research teams like shark jaws, oyster fossils, and more.

Finally, come to the PG&E Bay Lab where you can check out some of the land animals surrounding the bay like pink-toed tarantulas, blue-tongued skinks, and hedgehogs.

The aquarium is open all year except Christmas Day; hours vary depending on the season.