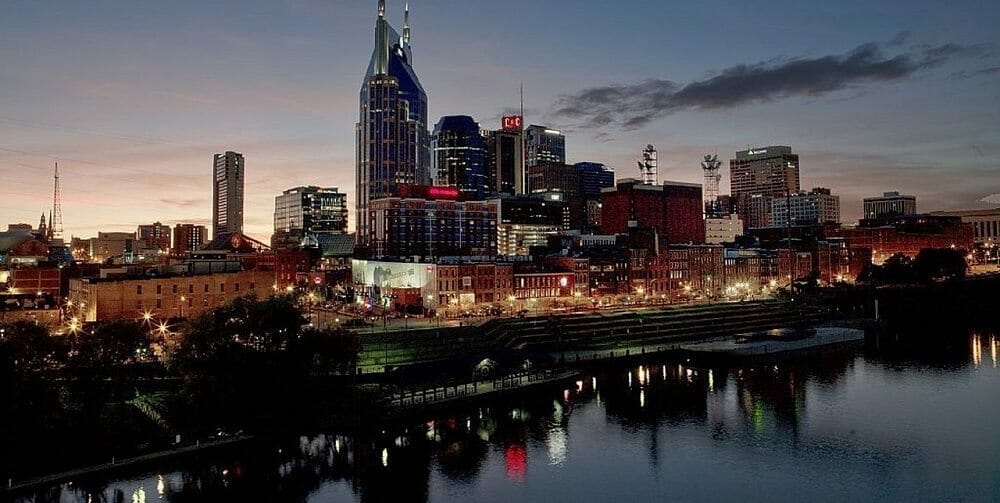 Music City, USA has known the world over for its larger-than-life legacy of Country Music Entertainment. This exciting 3 Day Educational Tour guarantees you and your young charges will find yourselves equally enamored of the city’s rich Civil War heritage, glorious architecture, historic points of interest and world-class museums. You’ll even have a chance to mingle with the not-so-dearly departed, poke around notorious local haunts and learn all about a Murder on Music Row!

Nashville City Tour
You’ve arrived in Nashville, and first up on your 3 Day, Educational itinerary is a fabulous and fun 3.5-hour familiarization tour! You and your student group will make an easy acquaintance of Music City on this popular excursion that gets you around to Historic Downtown, 2nd Avenue and Broadway, Fort Nashboro, the State Capitol, The Parthenon, Music Row and Studio B (home of more than 100 of Elvis’ top ten hits), Bicentennial Mall, Vanderbilt University, Ryman Auditorium, the Country Music Hall of Fame and more!

State Capitol Tour
This stately limestone Greek Revival style building - a commanding tribute to the people of Tennessee - was the crowning achievement of noted architect William Strickland, who died unexpectedly during the project and was buried in the north façade. Inside the impressively appointed building guests will find, amongst the cast-iron railings and spiral staircases, marble columns and elaborate light fixtures a range of fascinating artwork and artifact “of the day;” a fine example of 19th-century renderings as well as a testament to our growth as a Nation. Magnificent statuary honoring Sam Davis, Sgt. Alvin York, and Presidents Andrew Jackson and Andrew Johnson, as well as the tombs of President and Mrs. James K. Polk, are sited on the Capitol grounds; guided tours are available Monday through Friday on the hour. P.S.: Don’t forget to ask your chaperone about the bullet hole in the stone rail of the main stairs!

Tennessee State Museum
Visitors on Music City getaway will definitely want to make a stop at the Tennessee State Museum, showcasing three floors and over 120,000 square feet of Tennessee-related exhibits, including one of the world’s most comprehensive collections of Civil War uniforms, weapons and battle flags. The Military Museum, a branch of the Tennessee State Museum, located in the War Memorial Building across the street, presents exhibits dealing with America's overseas conflicts, beginning with the Spanish-American War in 1898 and ending with World War II in 1945. Originally created to house World War I artifacts and other collections from the State, the Museum’s fascinating arrangements treat visitors today to a rich cross-section of Tennessee history, from a fascinating look at Prehistoric native cultures and a trek through the wild frontier first discovered by Spanish conquistadors in studies of the glorious Antebellum period, the terrible upheaval and division of the Civil War and an introduction to the Post-Civil War South. The Museum Store tenders a fabulous array of educational materials and
memorabilia in addition to lovely jewelry, wood carvings, handcrafted soaps, pottery, and fine photography by noted Tennessee artisans.

Nashville Ghost Tour
An awesome array of intriguing Ghost Tour options get you and your young charges a firsthand look at the mysterious and macabre side of Music City! Hop into a converted hearse and explore some of Nashville’s most infamous “haunted” sites, thrill to a narrated lantern-lit hike through the city’s most notoriously “spirited” landmarks, visit Nashville’s oldest-and spookiest-cemetery, get acquainted with the ghosts of Union Station and learn the sordid details of a “Murder on Music Row.” Experience firsthand the spine-tingling rush of wandering documented haunts, then decide for yourself if the creepy vibes you’re catching are more than “just your imagination!”

Belle Meade Plantation and Mansion Tour
Day two of your Music City getaway begins with a visit to Belle Meade, a magnificent Greek Revival plantation formerly home to one of the largest slave populations in Nashville history. This character-guided narrated a tour of the mansion and plantation highlights including a dairy, mausoleum, stable, massive carriage house, garden and log cabin is an absolutely immersive Southern experience not to be missed! Hear the fascinating account of the renowned plantation’s rich past through the eyes of the aristocratic Harding and Jackson Family and the skilled laborers who invested heart and soul in the collective vision of making Belle Meade America’s Premier Thoroughbred Horse Farm. Afterward, a sumptuous lunch at The Harding House will charm your young travelers’ hearts with quintessential “Southern Plantation-Style” hospitality while tempting everyone’s taste buds with delightful menu offerings of regional favorites including Overnight Caramel rolls, Fried Green Tomatoes, Candied Pecan Spinach Salad and Low Country Shrimp and Grits all served up with trademark Belle Meade flair. How about a warm, gooey slab of whipped-cream-topped Pecan Fudge Pie for dessert?

Parthenon Tour
You and your young charges don’t have to go to Greece to visit a stunning example of Athenian architecture! The Parthenon, which doubles as Nashville’s Art Museum, stands proudly as the centerpiece of Centennial Park, the city’s premier urban common. The re-creation of the statue of Athena is the highlight of Nashville’s Parthenon just as it was in ancient Greece; both are full-scale replicas of the Athenian originals. The focus of the Parthenon's permanent collection is a group of 63 paintings by 19th and 20th century American artists donated by James M. Cowan, with additional gallery spaces a venue for a variety of temporary shows and exhibits.

Ryman Auditorium
The Ryman Auditorium was the home of the Grand Ole Opry from 1943 until 1974, when a new, larger venue was built at the Opryland USA theme park; a five-foot diameter circle was removed from the old oak stage and inlaid into the center of the new one in an effort to maintain continuity with the Opry’s colorful, storied past. Designated a National Historic Landmark in 2001 and christened Theatre of the Year four times in one decade, the Ryman has appeared in a montage of unforgettable movie scenes over the years and hosted scores of events from community gatherings, political rallies, ballets and operas to popular televised music shows and dazzling theatrical productions. Country Music legends, including Johnny Cash, Hank Williams, and Patsy Cline and distinguished guests such as Helen Keller and President Teddy Roosevelt have taken the stage at this grand old auditorium, the “Mother Church of Country Music.”

Country Music Hall of Fame
This beloved Music City institution recently revealed an impressive 210,000 square foot expansion nearly doubling the museum’s size, including 10,000 square feet of additional exhibit space, innovative retail, entertainment, and education areas and a beautiful new Event Hall affording guests breathtaking views overlooking Nashville’s stunning skyline. The Country Music Hall of Fame’s permanent chronological exhibition has been refreshed as well, to include more than 100 new artifacts from some of the today’s hottest talents, including Jason Aldean, Brad Paisley, Eric Church, and Carrie Underwood. Young fans will thrill to this opportunity to browse hundreds of stage costumes and instruments, explore extensive archives of oral interviews, photographs and moving images, and be amazed by a comprehensive multi-media history of Country Music and its brightest stars!

Adventure Science Center
In 1944, as World War II rolled to an end and our Nation was, once again, forward-looking and hopeful, Children’s Museum of Nashville opened in the old University of Nashville building. In 1954, the Center debuted the first planetarium in Tennessee; in 1974, it moved to Fort Negley Boulevard on Old Saint Cloud Hill. The name changed through the years, as well-most recently from Cumberland Science Museum to Adventure Science Center. Revisions and relocations aside, one thing remains the same: the museum remains true to its mission focus of creating entertaining and amazing exhibits full of interactive learning opportunities for children and adults, alike. Visit Sudekum Planetarium and take in an awesome Cosmic Concert; experience the thrill of high-performance aircraft flight or go for a star walk thru deep space. Get up-close and personal with angry solar flares, spend a day in the life of your own body, learn how to moonwalk and – here it comes - crawl through a beating heart! Inquiring minds of all ages will not want to miss an opportunity to see why Nashville’s Adventure Science Center continues to hold its place on the most popular educational adventure itineraries.

Fort Negley
After your journey into the stars, you’ll find yourselves back on solid ground once more, about to embark on an educational exploration of Nashville’s Fort Negley, a large inland stone fortification constructed by newly freed slaves and conscripted black workers for occupying Union forces during the Civil War. Today, true to its repurposed role as a visitors center charged with the promotion of a greater understanding of the social, political, and military forces central to Nashville and Middle Tennessee during the era of sectional conflict in American history, Fort Negley’s wonderful series of exhibits, films and interactive features tender guests a comprehensive - and fascinating - Tennessee history lesson.