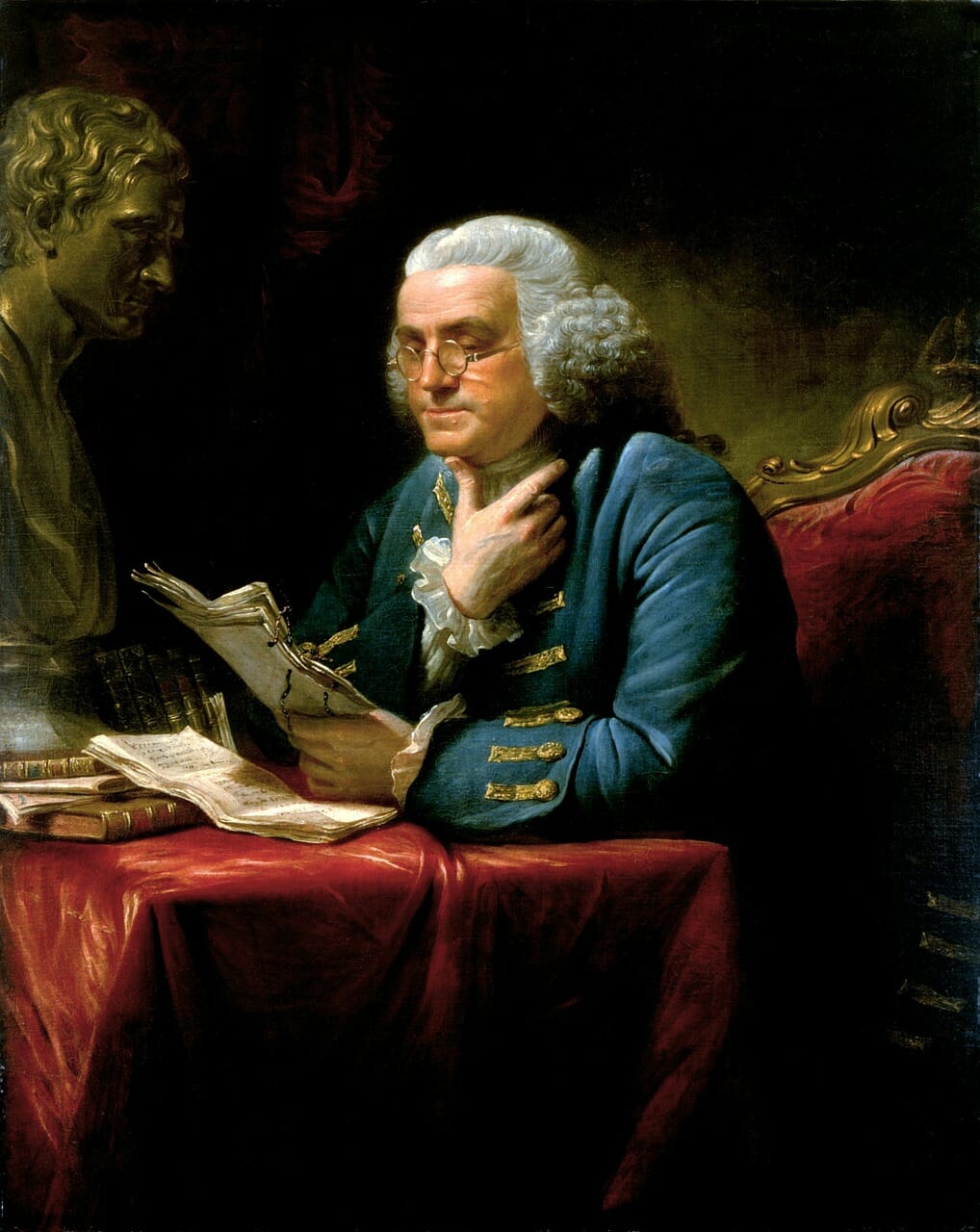 Located within the burial grounds of Christ Church in Philadelphia, Benjamin Franklin's grave site is a historically educational and sobering stop for your group to make.

Christ Church, or sometimes known as 'The Nation's Church', holds over 320 years of history, first founded in 1695. The church serves as a national shrine and active parish, and it holds its place in the history books as the birthplace of the American Episcopal Church. The current building you will visit was built in 1744, considered one of the finest Georgian structures in America, as well as the finest early American church in general.

The burial ground holds around 1400 markers, though there are about 2500 more that have been eroded over time. The bodies laid to rest here are colonial and revolutionary-era leaders, with various founders of America, founders of the U.S Navy, medical pioneers, and of course, several signers of the Declaration of Independence.

A group tour will take you through both the church and grounds and fill you in on the history of the building, the parishioners, the people buried here, and the artifacts all throughout. You will learn about American's early period and the lives of the American colonists who called this area home.

'You will see Benjamin Franklin's grave, the man known as a highly important scientist, philosopher, printer, diplomat, and signer of the Declaration of Independence and the Constitution. Franklin was born in 1706 and died in 1790. You will also see such people as Dr. Benjamin Rush, another signer of the Declaration of Independence as well as the Treasurer of the US Mint. You can see Sarah Franklin Bach's grave, daughter of Benjamin Franklin and founder of the Ladies Association, and Dr. Philip Physick, the man considered to be the Father of Modern Surgery.

This stop is truly going to be quite an enlightening one!