Cathedral of St. John the Divine 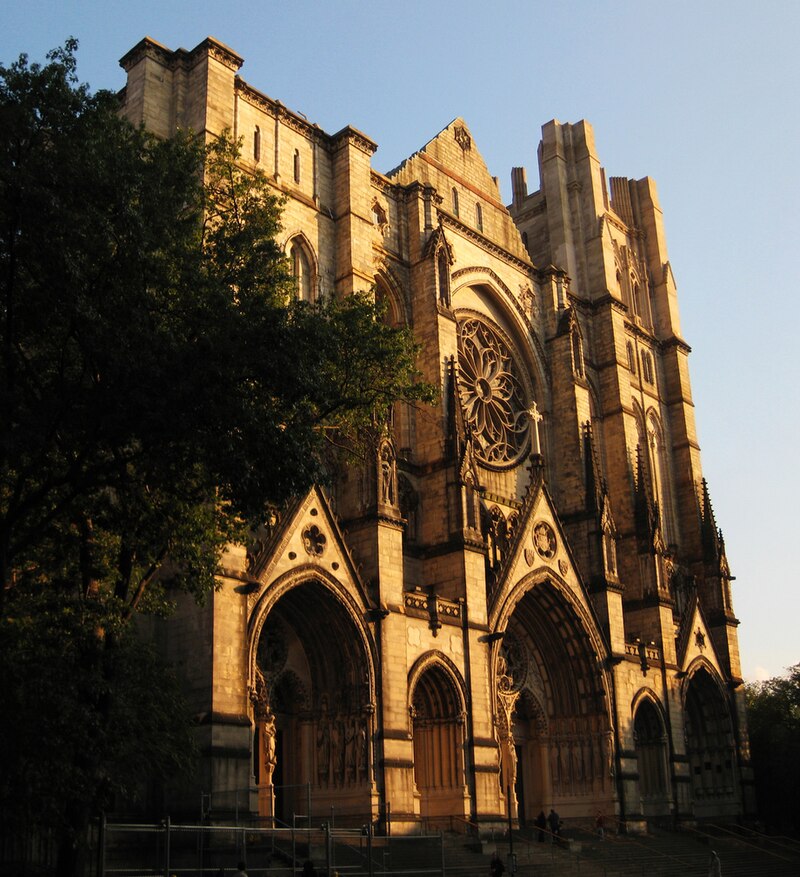 New York City is home to numerous religious sites, from Trinity Church to St. Patrick's Cathedral, though few can compete with what some consider the largest Anglican cathedral in the world, the Cathedral of St. John the Divine.

Rivaled only by Liverpool Cathedral, St. John the Divine reaches a staggering 232 feet and covers 121,000 square feet of beautiful Gothic Revival architecture. In 1887, the Episcopal Bishop commissioned a church to be built to surpass the size and beauty of the Catholic St. Patrick's Cathedral on Fifth Avenue. Construction began on St. John's Day in 1892 though it did not open officially until 1941 as the weight and height of the church took decades to maneuver. On that beautiful winter morning, a week before the bombing of Pearl Harbor, the giant cathedral opened to wide acclaim. Because of a lack of man power, the turmoil of the war, and other issues, the stone central facade and statuary was not officially finished until 1997.

The incredible art and architecture, not to mention the history of the site, bring in thousands of visitors every year for tours. The cathedral is, of course, still welcomes visitors to participate in weekly services. However, if you choose not to take part in the services, there are a number of daily tours available including the Highlights Tour, Vertical Tour, and Spotlight Tour, all of which showcase specific aspects of the phenomenal cathedral.