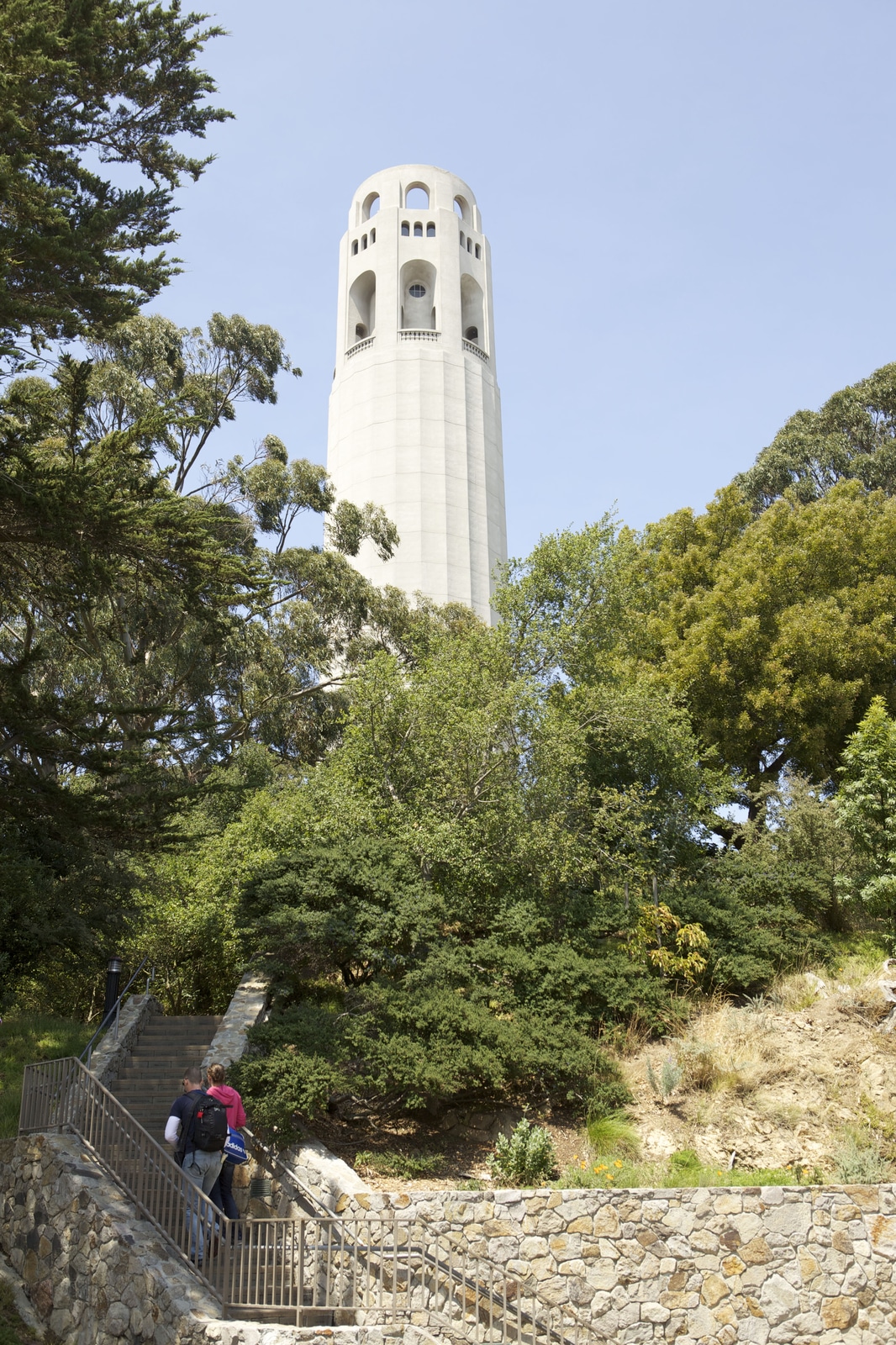 Welcome to one of the most iconic members of the San Francisco skyline, Coit Tower, or more formally known as the Lillian Coit Memorial Tower. This 210-foot white concrete column is located within the Telegraph Hill neighborhood, a true 'emblem of San Francisco'.

First built in 1933, Coit Tower serves as a memorial to a former prominent San Fran local, the 'wealthy patron of local firefighters', Lillian Coit. She left a hefty sum of money after her death to 'add to the beauty of the city', a feat executed wonderfully by Arthur Brown Jr, a locally prominent architect. One of the most beautiful things about this tower aside from it's obviously striking outward design is the interior murals created in 1934. These murals were put into commission by the Works Progress Administration and represent California during the Great Depression. The infamous Longshoremen's Strike is represented in the paintings, as are many other local struggles.

During your visit to the tower, you will get a chance to ride the elevator up to the top observation deck, giving you absolutely breathtaking 360-degree views of the city beyond, showing you both the Golden Gate and Bay Bridges, as well as much of the city itself near the bay. There is an onsite gift shop to visit, as well as several trails around the tower within an area known as Pioneer Park. Be on the lookout for the wildest residents of the tower, the always present band of wild parrots!