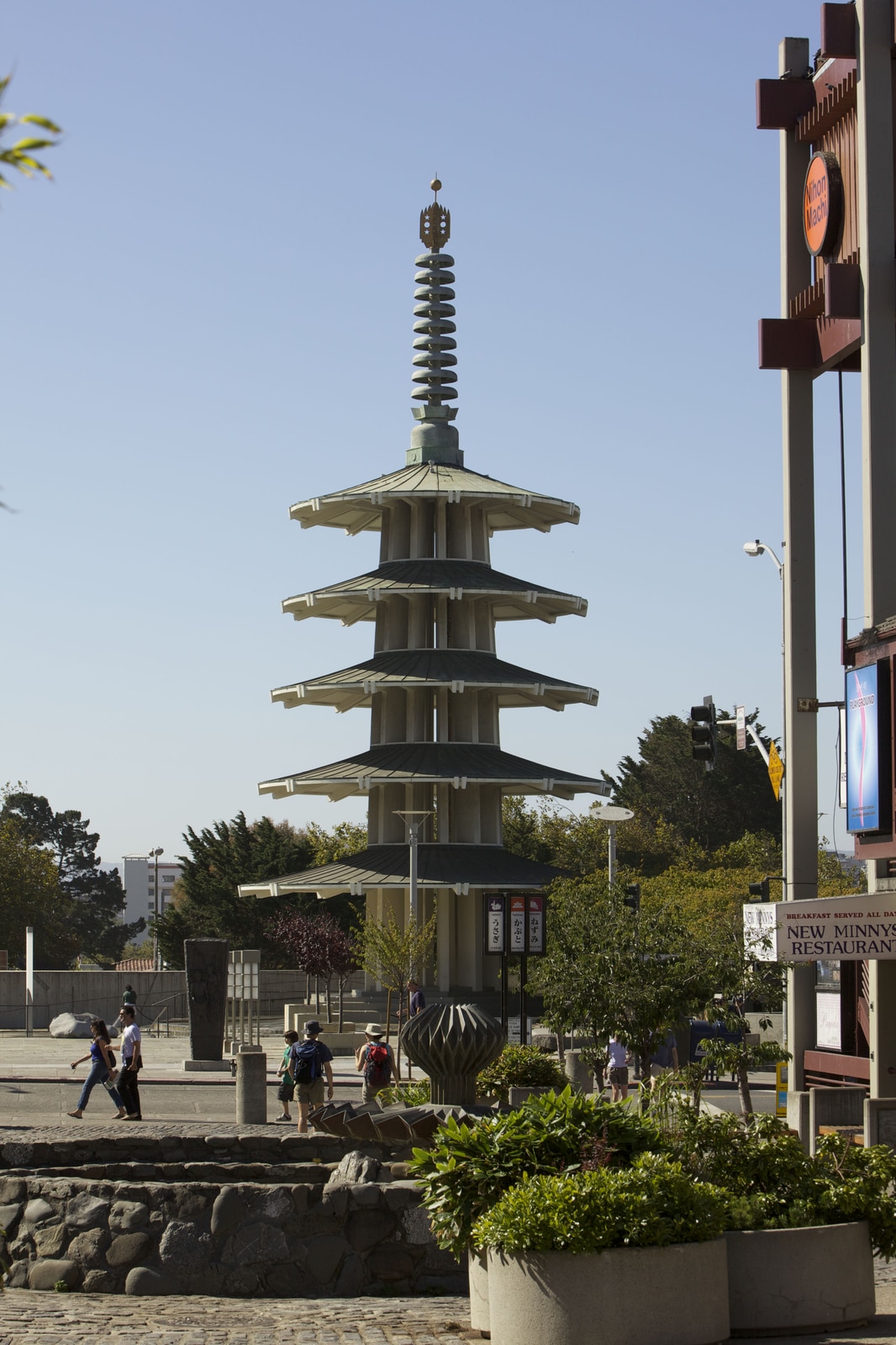 Inspired by a set of round pagodas that existed in Nara the Peace Pagoda was donated to Japantown as a gesture of goodwill in 1968 by the City of Osaka, San Francisco's sister city in Japan. It has since become one of Japantown's main landmarks.

Commonly overshadowed by neighboring Chinatown, San Francisco’s Japantown is an area filled to the brim with history, culture, art, and great food.

Japantown originated after the devastating earthquake of 1906 when many San Francisco residents of Japanese descent migrated to the area. Also known as Nihonmachi, the area reflects the diversity embraced by the people after Japanese internment during WWII. What used to sprawl 30 blocks has been concentrated into a highly cultural 10 block district and remains one of three Japantowns existing in the country.

Japan Center Malls is the five-block centerpiece of Japantown. East and West malls are aesthetically situated around the five-tiered Japantown Peace Pagoda, a striking memorial dedicated to eternal peace that can be seen from nearly every corner of the district. Inside the malls you can find decorated indoor storefronts, Japanese made products and apparel, boutiques and salons, Japanese restaurants, sushi stands, teahouses, and bakeries. The interior is designed to reflect Japanese zen art and architecture while cultural events held here such as Origami-Palooza and Japan Day Festival reflect the customs of Japan.

Other popular attractions in the area include the lovely 19th-century red-brick alley of Cottage Row, the Sundance Kabuki Cinema films, or the beautiful Origami Fountains near the outdoor mall, designed by sculptor Ruth Asawa.