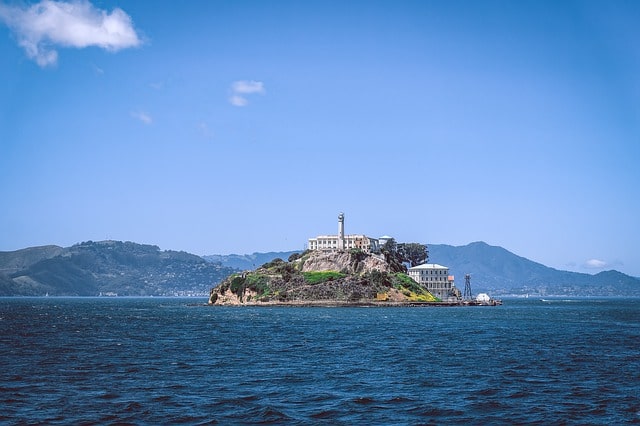 Located 1.5 miles off the coast of California in the San Francisco Bay, the island of Alcatraz is a historical landmark boasting several fascinating qualities. The first lighthouse and U.S. built a fort on the West Coast, Alcatraz was also the site of a military prison and later a famous federal penitentiary.

A federal prison from 1933 to its closing in 1963, Alcatraz has a lurid and exciting history. For over 18 months following its closure, local Native Americans began occupying the island to protest the relocation and termination policies enacted by the federal government on the Indian tribes. Their occupation, beginning in November 1969, saved the tribes and brought an end to these heinous policies, becoming known as the Indians of All Tribes.

The prison island was declared a national historic landmark in 1986 and was subsequently opened to the public for visits. Ferries leave every half hour from Pier 33 in Fisherman’s Wharf to begin your journey through the island’s sensational past and its surprisingly beautiful natural grounds.

The partially self-guided day tours let you tour at your leisure, leading you through audio guides and park rangers. Free programs inform you about the island’s military history, prison escapes, the Indians of All Tribes occupation, and more throughout the day. The National Park Services recommend that you reserve at least two to three hours to fully tour the island.

At night, the tours expand to include guided tours of the dock, cell house level, and everything in between. Cell door demonstrations are wildly popular during the night tours. If you prefer guided tours to self-guided, night tours may be the perfect option for you.