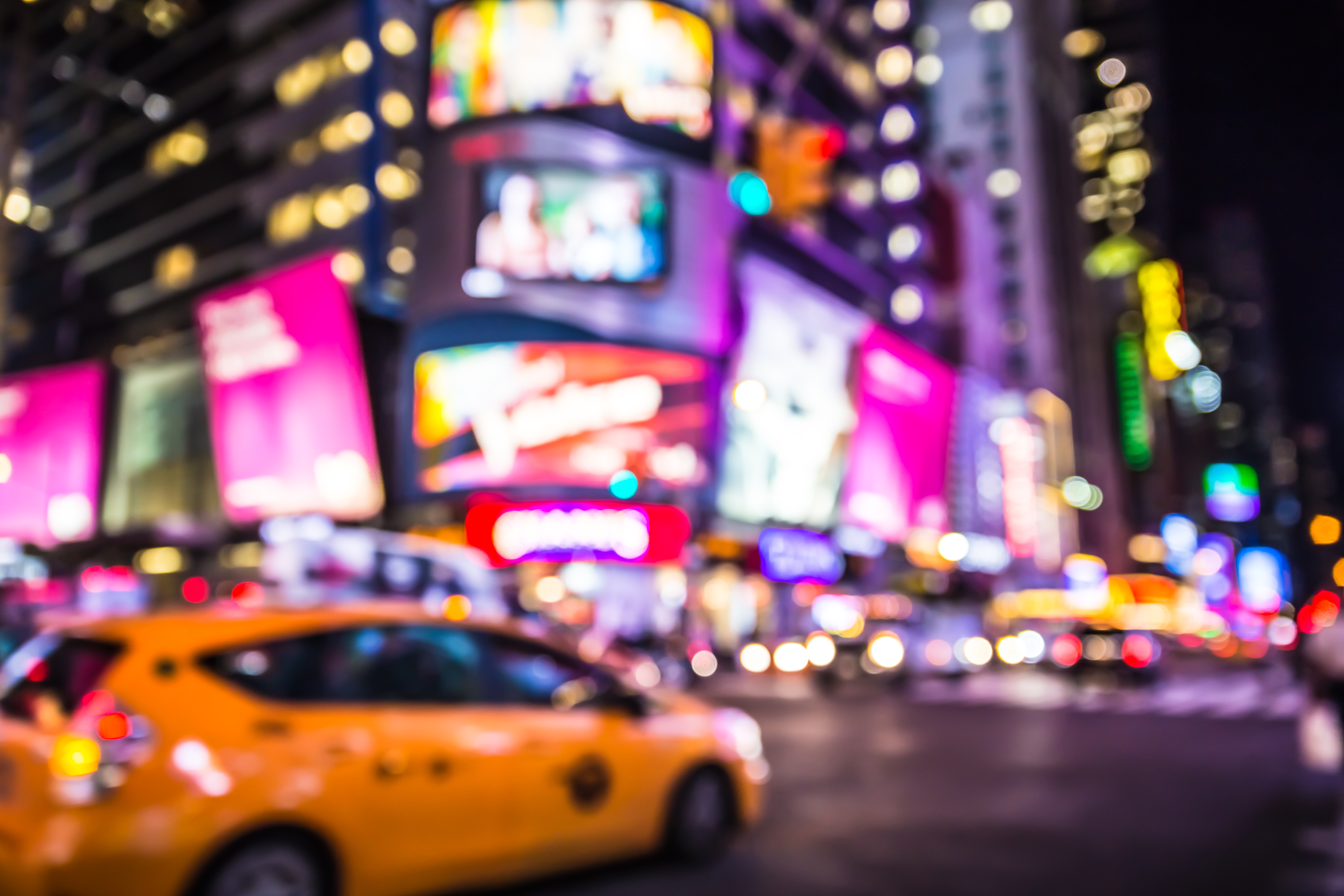 You and your student group are treated to a heaping helping of Big Apple hotspots and highlights on this absolutely jam-packed two-day educational jaunt! Enjoy a classic bird’s eye view from the towering landmark attraction of your choice, discover hidden gems in Chinatown, meet the First Lady of Freedom, tour notorious Wall Street, visit the stunning 9/11 Memorial, explore dazzling Times Square, take in a fabulous Broadway Play - and more!

Top of the Rock or Empire State Building
For a bird’s eye view of the City that Never Sleeps, beat feet over to Rockefeller Center - NYC’s most famous landmark – home to so many businesses it has its own zip code! Step aboard a supersonic elevator and soar straight to the LED-illuminated “Top of the Rock” where you and your student group will enjoy unmatched and absolutely unobstructed 360-degree views of Central Park and the breathtaking splendor of the dazzling city skyline from three observation decks. A special Sun & Stars ticket gets you Heavenly views twice in one day – the view after dark is nothing short of spectacular! In an Empire State Building frame of mind? Zip to a comfortable 86th floor stop featuring both indoor and outdoor viewing options or climb 200 feet higher to the climate-controlled privacy of the 102nd floor observation deck – the highest public point in New York City! On a clear day you really can see forever – or at least into Pennsylvania, Connecticut, Massachusetts and New Jersey.

Times Square
While it’s certainly possible to discover the myriad cosmopolitan wonders of “The Crossroads of the World” during daylight hours, there’s really nothing quite like encountering the razzle-dazzle excitement of Times Square after dark. Its colossal digital billboards, flashing neon lights and show-stopping storefronts are just part of the staggering explosion of sights, sounds, and attractions awaiting visitors who find themselves in the middle of this acclaimed intersection in the heart of the Theater District after sundown. Times Square, depicted time and again in popular cinema, is the home of the New Years Eve Ball Drop, the Paramount Building, the Good Morning America show and so much more it’s also earned another nickname: “Center of the Universe”!

Broadway Play
Put your heads together and decide what you’d like to see, then head to the theater and enjoy the show – it’s that simple, and there’s really nothing like catching a live performance on one of the World’s greatest stages! No visit to the Big Apple would be complete without a “Great White Way” experience; with dozens of Broadway venues to choose from, there’s something for everyone – and absolutely no excuse to miss out on this time-honored entertainment tradition. P.S.: Don’t forget to wait by the stage door for autographs!

Statue of Liberty and Ellis Island
The 151-foot Statue of Liberty was a generous gift to our Nation from the good people of France, and is one of the most recognized statues in the world. She stands, torch eternally aglow, ever-vigilant and proud on Liberty Island in busy New York Harbor, a breathtaking monument to precious freedom and democracy around the globe. Statue Cruises provide popular traditional tours, ferrying you and your travel group out to our Lady, then on to landmark Ellis Island’s Immigration Museum for a little family tree research. Did any of your ancestors come to America through this National Gateway, once a hanging site for pirates?

9/11 Memorial
Every NYC student travel itinerary should include a visit to this stunning commemorative landmark. The National September 11 Memorial Museum serves as our country’s principal institution concerned with exploring the implications of the horrific events of 9/11 and the 1993 World Trade Center bombing, which it accomplishes through a series of moving and relevant exhibitions. Portraits of more than 3000 9/11 victims are displayed on site and a section of the “Survivors’ Stairs”- the stairwell by which hundreds escaped with their lives after the 9/11 terrorist attacks – as well as portions of the twin towers’ structural columns remain, sobering reminders of this horrific act.

Wall Street Walking Tour
Centuries ago, Wall Street was declared NYC’s official slave market, and yes, there really was a wall – a wooden wall, built to keep out the British. Modern Wall Street is not only home to the New York Stock Exchange (which saw its rather humble beginnings with a group of businessmen working away under a Buttonwood tree) but a host of other famous landmarks. Student groups exploring Wall Street will see the ornate 19th century Trinity Church, the New York Stock Exchange, the Federal Hall National Memorial, the Financial District, the 70-story Trump Building and the famous Charging Bull – an ever-popular photo op!

Chinatown
New York’s celebrated Chinatown, situated in Lower Manhattan, boasts one of the largest Chinese populations outside of Asia and the largest in the city; you and your student group will fall right in step with the “locals” as they go about their daily business here in this swarming and gritty mecca of captivating sights, sounds and smells. It’s the place to go for a sampling of delectable Asian delicacies, uniquely enchanting specialty and discount shops and fascinating open – air markets; this is where you’ll find your square watermelons, yummy soup turtles, live eels and boatloads of knock-off designer goods. Keep a sharp eye peeled and you’ll come home from your fantastic 4-Day foray into the heart of the Big Apple with some true bargains and perfect souvenirs for the folks back home; there’s so much more to Chinatown than paper dragons and fortune cookies!