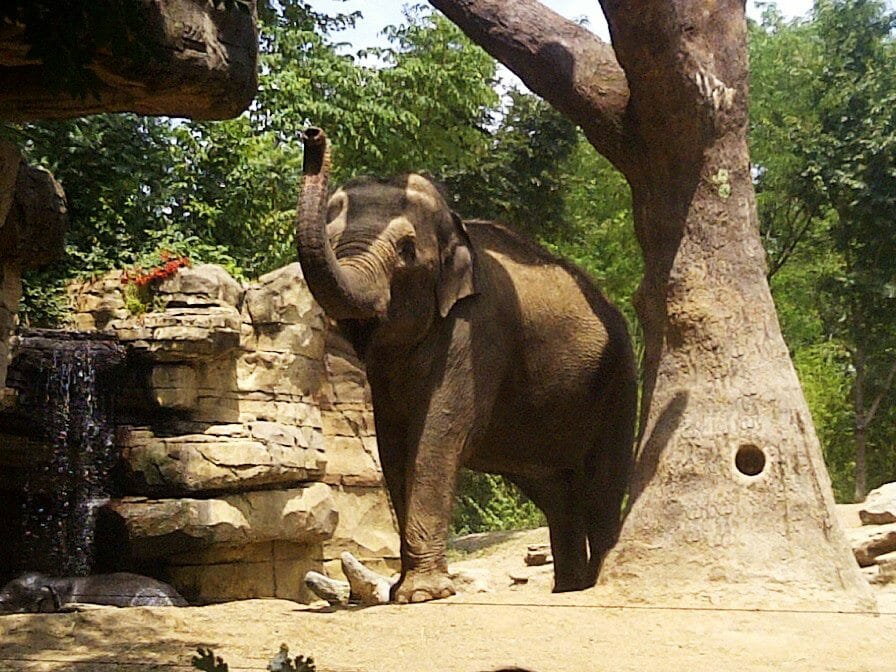 Who says learning can’t be fun? You’ll pick up dozens of brownie points after treating your young charges to this fabulous three day St. Louis educational extravaganza! On this tour, you’ll visit historic landmarks - the iconic Arch, the fascinating Missouri Civil War Museum and the magnificent Cathedral Basilica, and you’ll spend an afternoon at the Zoo, enjoy an educational riverboat cruise, explore the wonderfully imaginative World Museum, and more!

Missouri Civil War Museum
During the Civil War, converted steamboats ferried the wounded to overflowing hospital ward buildings dotting the property the Missouri Civil War Museum stands on, and the wartime saga of heartache, chilling uncertainty, suffering, and death – the ultimate solder’s sacrifice – haunts the very ground beneath the Jefferson Barracks Complex to this day. What better way to commemorate the Civil War years than to enlist a new and growing museum established in a meticulously renovated historic landmark structure in the sharing of an immersive history lesson certain to enhance any classroom experience – past, present and future - through the careful showcasing of fine collections of authentic documents and artifacts while underscoring the importance of the American Civil War Era as well as the crucial role of Jefferson Barracks in our great country’s history! You and your students will truly enjoy exploring the Show-Me State’s premier museum steadfastly dedicated to the preservation and presentation of its important Civil War history.

City Museum
City Museum is an unbelievably cool place - a wonderland where imaginations run wild and your fondest childhood dreams come true! Housed in a recycled 600,000 square foot shoe company, this ever-evolving “museum” is a wonderful, eclectic fusion of post-apocalyptic playground, midway funhouse, surrealistic treehouse pavilion, and more than four stories of absolute architectural marvel created from ordinary, unique and amazing found objects. The brainchild of internationally acclaimed artist Bob Cassilly, the Museum opened in 1997 to the vigorous roar of approval of young and old, alike. “Grown” from the very stuff of the city, this beyond-awesome St. Louis institution springs from urban roots deeper than most others’. Scavenging resources solely within municipal borders for its reclaimed materials and turning them into fantastic playthings and whimsical objets d’art, City Museum boasts fun features like salvaged bridges, archaic construction cranes, “actual miles” of tile, and abandoned planes! You and your students will forever cherish the memories of this opportunity to explore re-purposed worlds of unbelievable interactive adventure!

Cathedral Basilica of St. Louis
Rise and shine! Your 2nd day of amazing discovery in the Gateway City opens with a visit to this magnificent superstructure, a breathtaking work of architectural art defying simple description. The awe-inspiring Cathedral Basilica was completed in 1914 as the “replacement” for the beloved “Old Cathedral” located on the historic riverfront. Guests journey from around the world to view its breathtaking mosaic installation (which is one of the largest in the Western Hemisphere and was created from 41.5 million glass pieces in 7000 colors!) burial crypts, museum and 14 foot Angel of Harmony sculpture on the side lawn of this unbelievably beautiful place of worship, designated a basilica by Pope John Paul II in 1997.

Gateway Arch - Journey to the Top Tram Ride
Even those who’ve never been to Missouri associate “The Arch” with the Gateway City; it’s “the” quintessential St. Louis icon - the nation’s tallest monument, iconic designer “tribute in steel” to the Westward Expansion of the United States, and most-recognizable Midwestern attraction! The magnificent structure springs powerfully from the riverfront Jefferson National Expansion Memorial in downtown St. Louis – near the starting point of the Lewis and Clark Expedition - to a towering 630 feet, (63 stories!) cutting an imposing silhouette against the city skyline. A quick tram ride the top tenders an incredible bird’s eye view – you can see 30 miles in any direction on a clear day! Be sure to check out the Museum of Westward Expansion located in the visitor center just inside the Arch.

Gateway Arch Riverboat - 1 Hour Sightseeing Cruise
You’ve been to the top of the most famous landmark in St. Louis; what a rush! Next up: you and your students will embark on a delightful, one-hour educational sightseeing cruise! You’ll hear all about the Mississippi River, the Arch, and other historic landmarks and haul up a boatload of fascinating details about the architecture and history of St. Louis. Your capable captain is joined by a Park Ranger who assists in narrating your journey back in time aboard the Tom Sawyer or Becky Thatcher – the only riverboats still operating on the St. Louis waterfront! How about a little post-excursion meal at the Arch View Café?

St. Louis Science Center
You won’t want to miss a visit to The Saint Louis Science Center, an ever-popular educational attraction founded in Forest Park as a planetarium in 1963. Featuring hundreds of hands-on exhibits and truly engaging interactive demonstrations spanning the broad spectrum of science in a titanic 300,000 square foot complex, the Science Center is one of the largest of its type and ranks among the top five in the Nation. You’re in for a big-screen treat in the OMNIMAX theater – incredible scenery surrounds you as the five-story screen and awesome sound system strut their stuff. The James S. McDonnell Planetarium offers breathtaking star shows on the hour and truly intense flight simulator experiences: fly a Cessna Skyhawk through the St. Louis Arch, get sucked into a Heartland tornado, pilot an F-18 Super Hornet and take a roller coaster ride - around the Solar System! Play prehistoric puppeteer as you set life-sized metal-crafted dinosaurs in motion; ride out an earthquake, scour the Badlands of Montana for fossils and watch a Tyrannosaurus Rex plan his menu. When all your exploring, discovering and excavating has you famished, the Science Center’s got you covered: Science Café, The Loft, and EZ Pizza tender a menu of tasty favorites; don’t forget to drop by Explorastore for that perfect souvenir!

St. Louis Zoo
You’ll wrap up day three with a trip to the 90-acre St. Louis Zoo - happy home to more than 19,000 animals across 655 species, featuring six fabulous “zones” housing special habitats designed to showcase the animals at their very best! You’ll find big cats and herds of hoofed creatures in Red Rock Country, fun and educational exhibits including the amazing Butterfly House at the Children’s Zoo in Discovery Corner, bears, penguins and puffins in The Wild and the original 1904 Flight Cage and an entire world of feathered, leathery fingered-and-funny faced residents on Historic Hill. The immersive River’s Edge experience introduces you to bee-eaters, sun bears, giant anteaters and more, while Lakeside Crossing, open in the warmer months, lets you hang out at Sea Lion Sound and cavort in the warm sun at Caribbean Cove. If you’re feeling brave, go ahead – reach right out and tickle the awesome sharks, rays and horseshoe crabs chilling in their “native” waters! Shopping and dining opportunities abound, ensuring you and your safari partners stay well-fueled on your adventure; hop aboard the Zooline for their popular narrated 1 ½ mile railroad tour, then catch a caterpillar, pick a polar bear or snag a sea lion and go for a wonderful whirl on the enchanting 64-animal Conservation Carousel! Remember: “Animals, Always!”