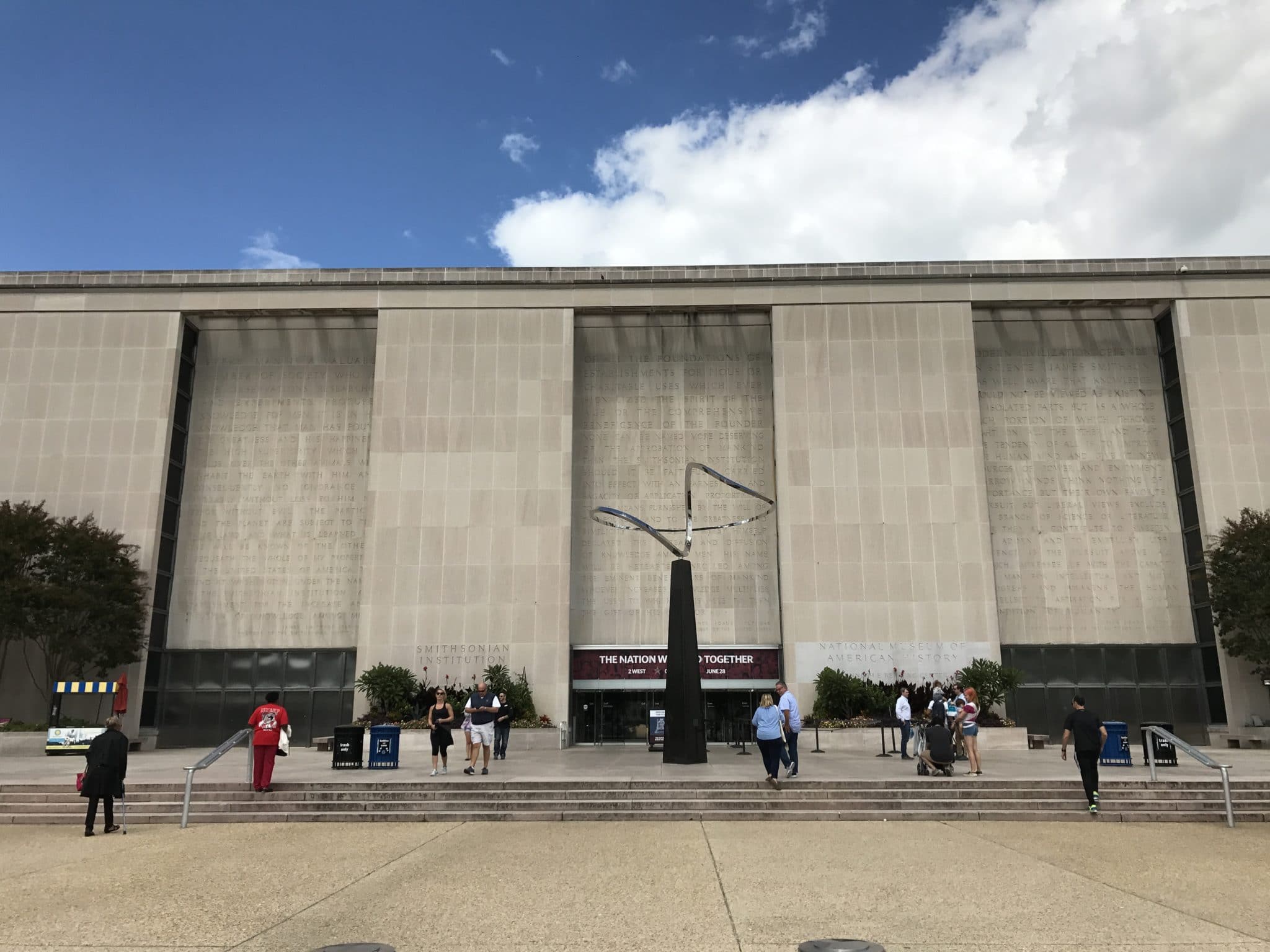 Located in the nation’s capital, the Smithsonian National Museum of American History is home to over three million artifacts that encompass American history from the start of the Revolutionary War to the present day. The museum’s mission is to explore the past in order to create a better future with collections on nearly every subject relating to the evolution of the United States.

From the original Star-Spangled Banner to a life vest from the RMS Titanic, the American History Museum has it all. See President Lincoln’s top hat, Dorothy Gale’s ruby slippers from the movie The Wizard of Oz, or view the Japanese American Internment Era Collection which examines possessions and personal accounts of the American internment camps during WWII. Temporary exhibits feature topics such as the evolution of transportation in America, the American presidency, first ladies, and FOOD: Transforming the American Table 1950-2000 which looks at how Americans have changed their views on meals over the course of 50 years.

Interactive displays and events often facilitate deeper learning and the American History museum follows that train of thought with spotlight tours, activity sheets for young students, and tours highlighting the best galleries. The Smithsonian Jazz Masterworks Orchestra operates out of the museum and regularly performs jazz classics for the public even as the Smithsonian Chamber Music Society performs classical music.

The American History museum has two cafes, three shops, and entertainment such as ride simulators for your enjoyment. National Mall tours are also offered, starting at the museum.

The museum is open daily from 10-5:30 pm and closed only on Christmas Day.