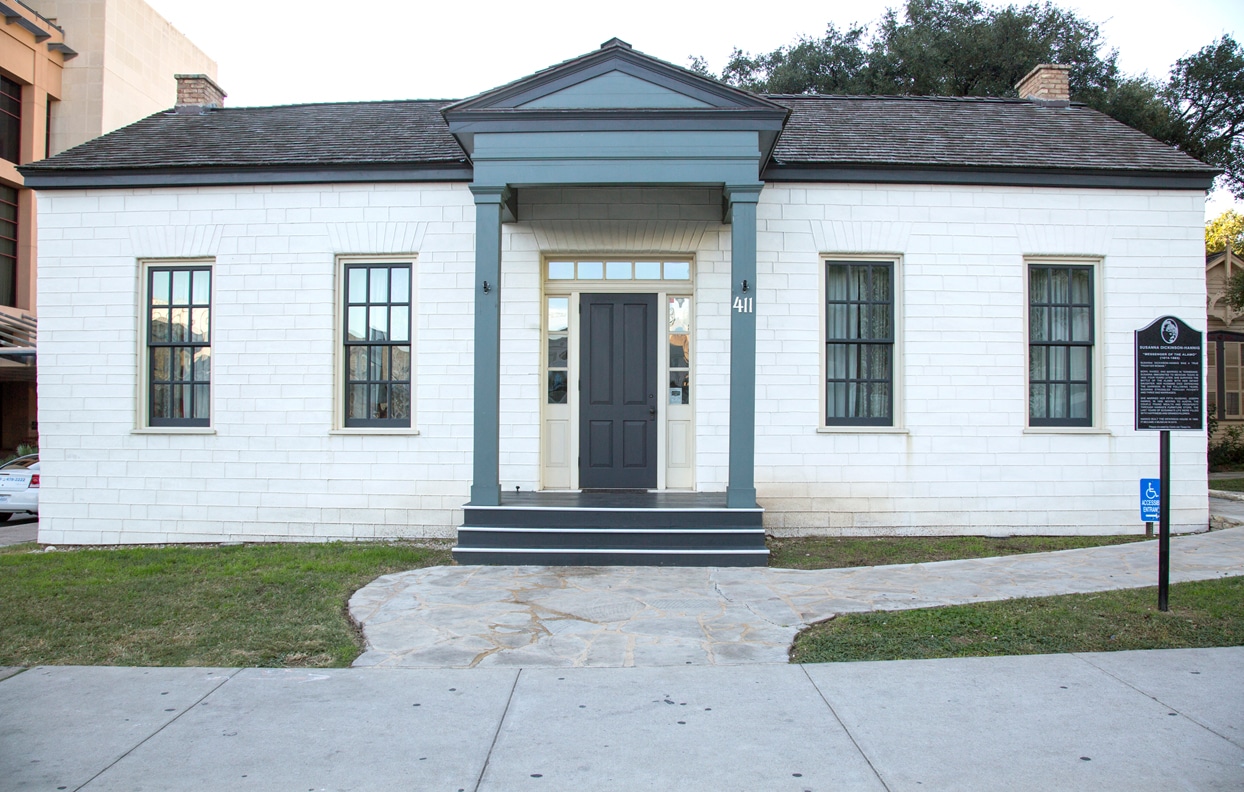 This historic house museum explores the life of the 'Messenger of the Alamo', as Susanna Dickinson is now known. Dickinson and her baby were among the few survivors of the Alamo and played an important part in the Revolution overall. Dickinson carried the news of Alamo's fall to Sam Houston, this act playing a key role in the battle's aftermath.

During your visit to the home, you can participate in a guided tour or educational program, both options exploring the rich and diverse history of Dickinson, her family, and Texas in general. You will also learn much about Joseph Hannig, the 5th husband of Dickinson who lived in this home with her. Learn about the start of the house, first built in 1869 as a 'rubble rock house', and see rare family artifacts and furniture that Joseph made himself. Docents will recount stories of survivors of the battle, keeping your group engaged and interested all along the way. There will be various exhibits to see along the way, such as 'The Other Messengers', an exhibit that explores the experiences of the other people who survived the attack.

This museum is one of three that is a part of the Brush Square Museum series, the other two being the O. Henry Museum and Austin Fire Museum.