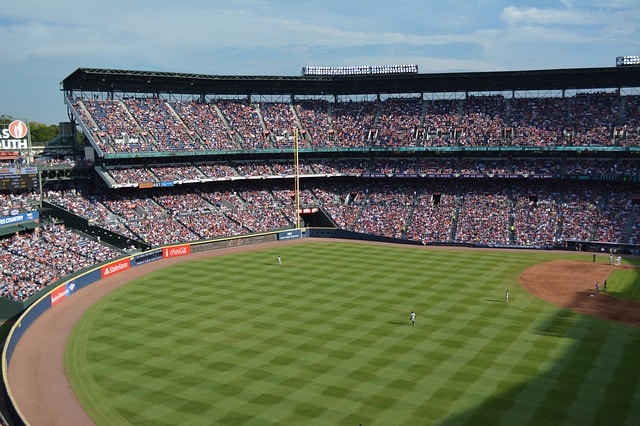 The home ballpark of the Atlanta Braves, Turner Field is at once contemporary with all of the modern amenities to make your game-watching comfortable and yet retro enough to link your experience to the golden age of baseball. Turner Field Stadium was originally built as Centennial Olympic Stadium in 1996 and was used in the Summer Olympics that year. You will learn facts like this and many more if you choose to have some fun and tour Turner Field on your trip to Atlanta!

If you're a sports fan, it's practically mandatory as Turner Field has a wonderful connection to sports history, past and present. The stadium, since 1996, has hosted one World Series, four National League Championship Series, one NL Wild Card Game (the first in baseball history!), and the Major League Baseball All-Star Game in 2000.

You might already know that the Braves intend on leaving Turner Field behind in 2016 but not to fear, the stadium is set to be redeveloped after the Braves settle into their new home at Sun Trust Park.

Tours of Turner Field take you through the whole run of the park including stops at the Press Box, the Dugout and Clubhouse among others. Find yourself perusing the Braves Museum & Hall of Fame, the Coca-Cola Sky Field, Scouts Alley, and reclining for a moment in the Luxury Suite with your groupmates. End your tour at the Museum Store and pick up a souvenir from amazing Turner Field to commemorate your trip!