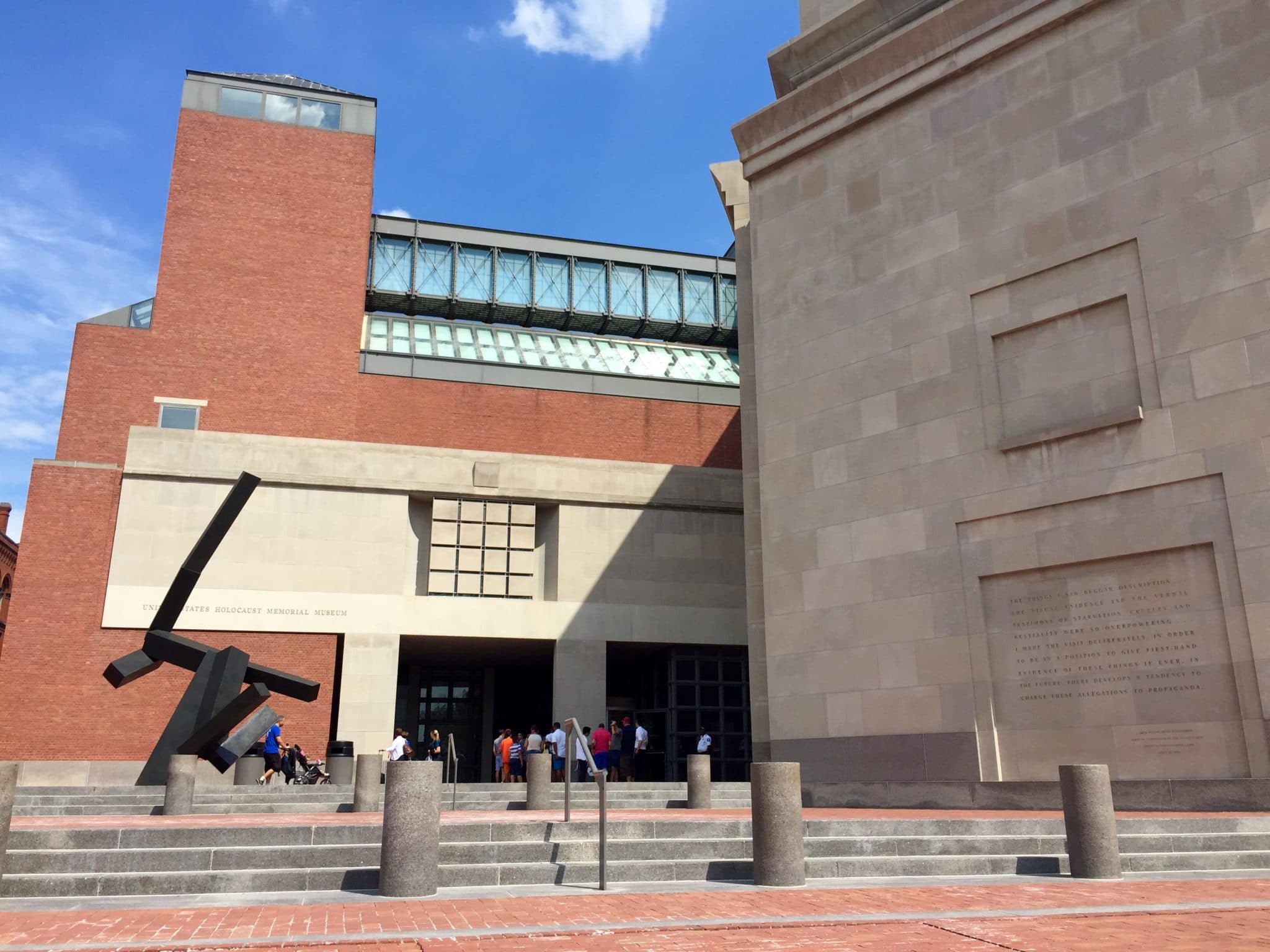 The U.S. Holocaust Memorial Museum covers a large range of topics from the start of WWII and the Nazi rise to power to genocidal wars in various countries and modern-day prejudices. Multi-media displays, personal stories, video, and photographic evidence, and more tell the narrative of prejudice, hatred, and murder across the globe in the hopes of enlightening new generations to build an international society of acceptance and peace.

The Holocaust permanent exhibition covers three floors and follows the chronology of the Nazi genocide of the Jewish people during WWII. From the first Nazi assault to the liberation of concentration camps, the Nuremberg Trials, and personal accounts from survivors, The Holocaust exhibition is a poignant and effective interactive learning experience. Other exhibitions feature Anne Frank and other children caught up in the war, modern-day anti-semitic publications such as those from the Elders of Zion, and complicity in the Holocaust which focuses on ordinary people who, out of fear or faith, helped support genocide through the Nazi movement. Genocide plays a large role at the Holocaust Memorial Museum and exhibits on the Cambodian genocide perpetrated by the Khmer Rouge regime in the 1970s, the continuous threat of genocide in international communities, and others are featured.

The museum is open every day except for Yom Kippur and Christmas Day. Programs such as conversations with Holocaust survivors, lectures, and meet an author series are regularly scheduled. This museum is not recommended for children under the age of 11.