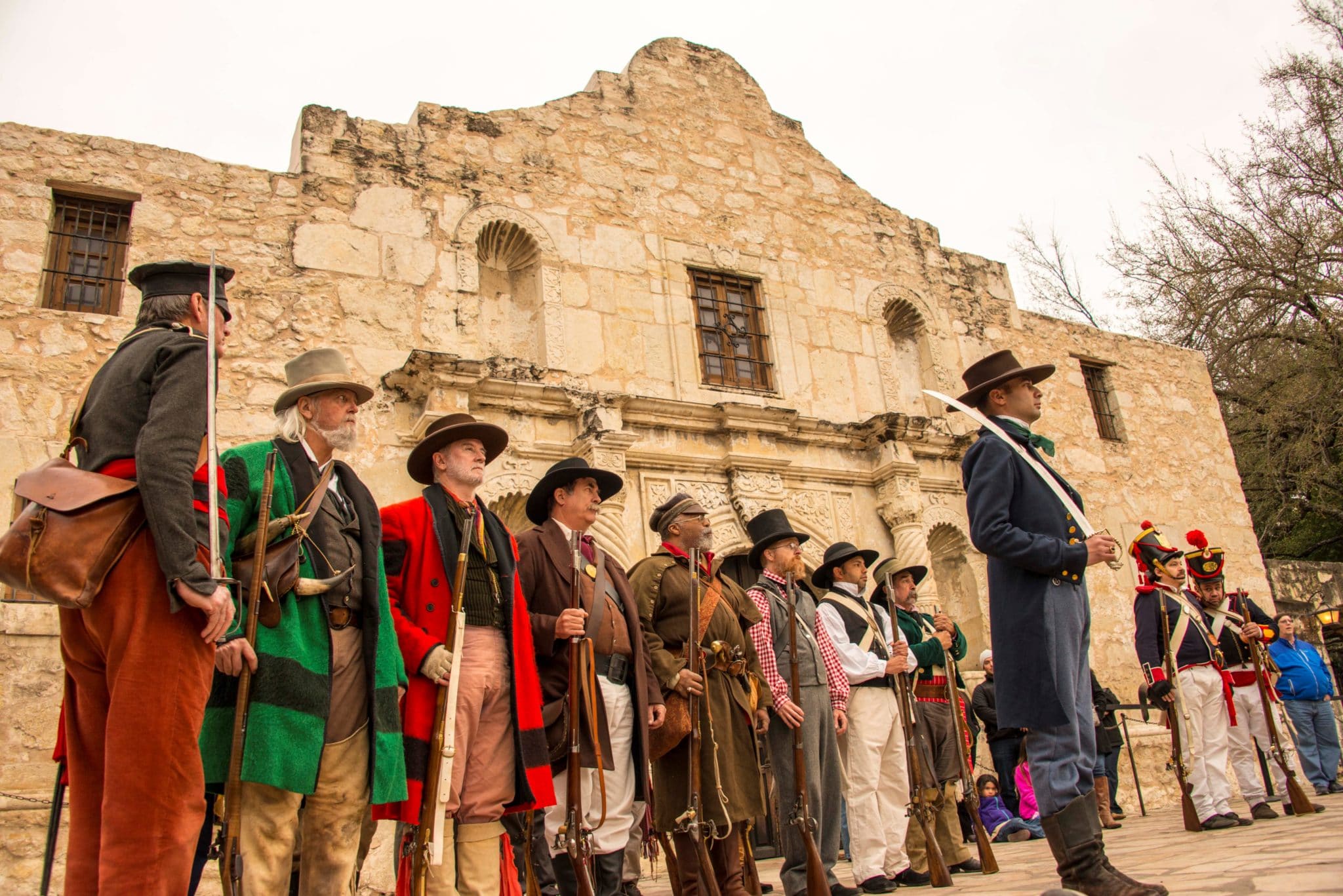 The most famous landmark in Texas, the Alamo is the obvious first-stop destination for any visitor of San Antonio. Originally a missionary outpost and one of five Spanish Catholic missions in San Antonio, the Alamo eventually became a military fort and the site of a 13-day siege between a small band of brave Texans against the army of Mexican General Santa Anna in 1836.

The Alamo, during the battle and even still today, was the symbol of Texas independence, of the defense of the Republic against invaders and usurpers who would reclaim the territory. Brave Texans and Tejanos held off the larger army, fighting side by side with famous soldiers and frontiersmen like Jim Bowie and Davie Crockett. Though the Alamo fell, it remains a symbol of bravery, the power of will, and the livelihood of the Republic of Texas.

Come by the Alamo on your trip to San Antonio and experience Texas history. Ask questions to docents and park rangers, take a self-guided tour of the Alamo Shrine and see the engraved names of those brave fighters who held off the invading Mexican army, visit the Long Barrack Museum, the Wall of History, and much more!