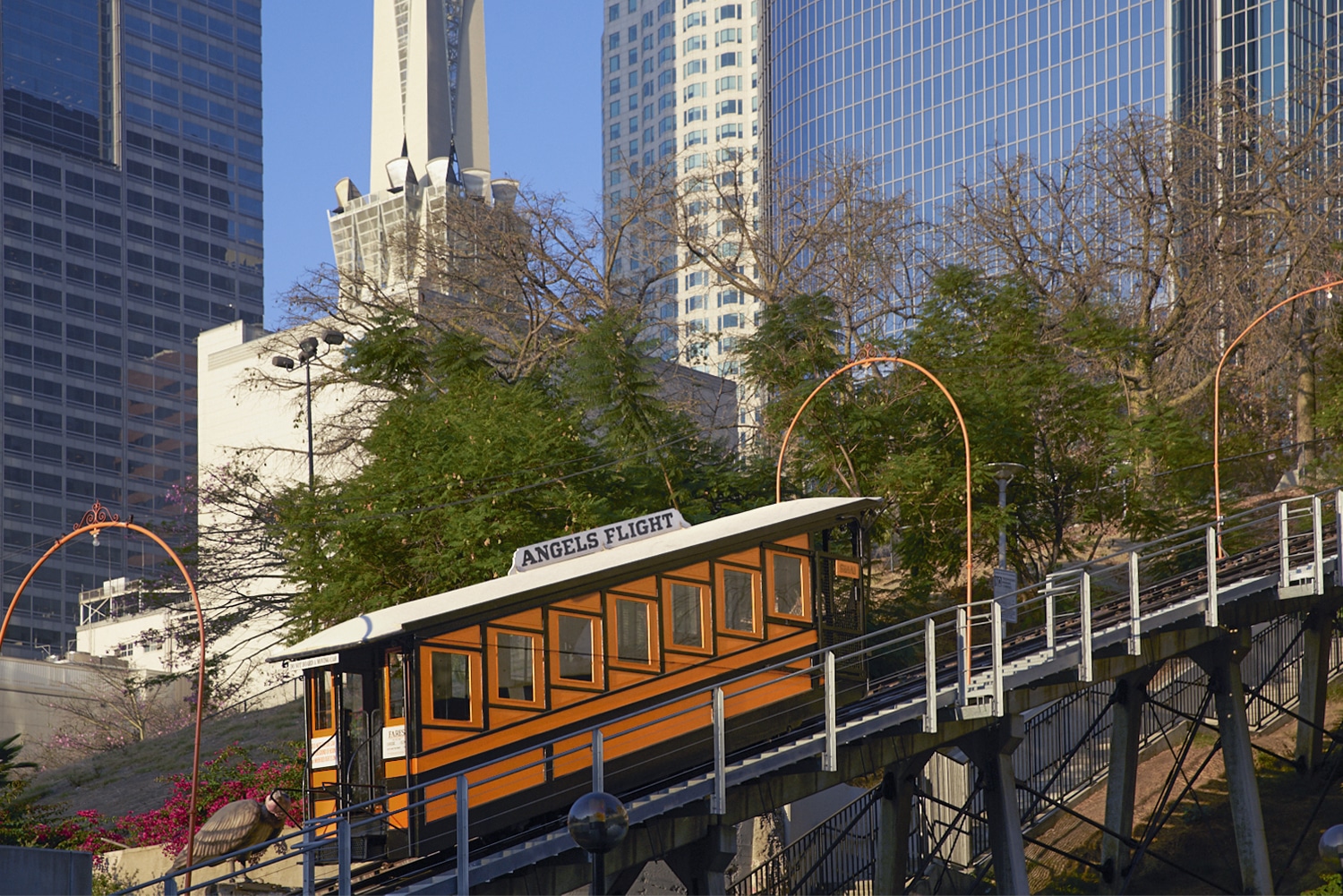 A ride on the Angels Flight Railway is an experience that should not be missed while visiting Los Angeles!

This city landmark attraction is a 2 foot, 6-inch narrow gauge funicular railway located in the Bunker Hill District of downtown LA. There are 2 funicular cars on the track; Olivet and Sinai. The cars run in opposite directions on a shared cable along a 298-foot long inclined railway. The railway was first opened in 1901 and has become known as the 'world's shortest railway' since then.

This 118-year-old railway ride is an essential LA experience today, taking passengers on a short ride between Hill Street and Grand Avenue on Bunker Hill. Angels Flight has given more than 100 million rides since opening and has also made quite a cinematic name for itself, having scenes in several films since 1920, the most recent being the very popular La La Land.