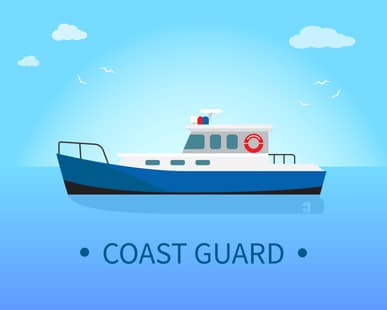 The Ocean City Life-Saving Station, part of the Coastal System established by the United States Treasury Department for the saving of vessels in distress and lives in peril on the waters, was actively used by the U.S. Coast guard until 1964.

After years of service and subsequent alternate duty as a town hall of sorts, and having fallen into a state of disrepair,  the building was slated for demolition. A group of concerned citizens rallied round and formed The Ocean Museum Society; they managed to raise the adequate funds to salvage the building, which was moved to its present location at the extreme southern end of the Boardwalk, overlooking the Inlet and Assateague Island.

The old station house was meticulously restored and official dedication as a museum commenced Christmas Day, 1978. Visitors to Ocean City’s tidy seaside showplace will experience while wandering amongst the museum’s permanent collections and special exhibits, a fascinating history of metamorphosis from a small fishing town to a favorite world-class resort destination. Experience all the magic and wonder of the Ocean City Boardwalk of yesteryear as you chuckle with Laughing Sal and Bruno; let your imagination run wild as you encounter artifacts recovered from tragic wreckage of vessels long lost at sea; slip into the briny deep of the waters just offshore and meet an ever-changing menagerie of indigenous marine life with a visit to the Aquarium Room.