White House of the Confederacy 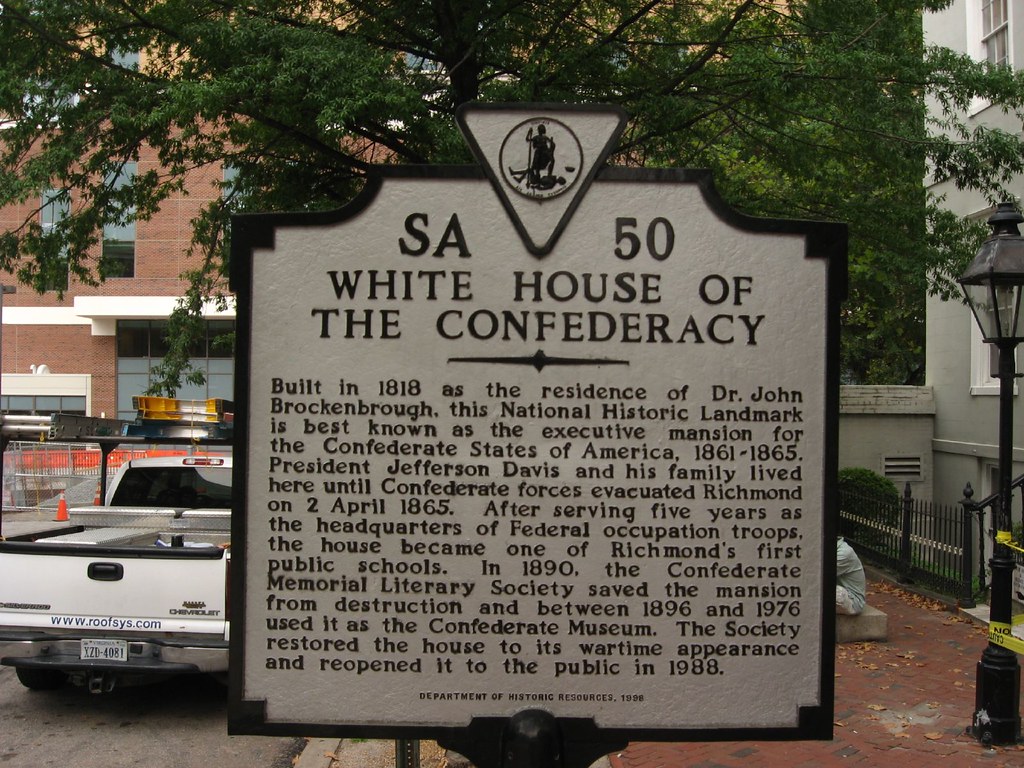 Part of Richmond's American Civil War Museum complex, the White House of the Confederacy is the preserved landmark that once served as President Jefferson Davis' home and headquarters.

Combined with a state of the art museum, the White House of the Confederacy is one of the top attractions in Richmond. The museum was formed just 25 years after Lee's surrender at Appomattox Court House, and named a national landmark in 1963. The house itself is excellently preserved and appears as it did during Davis' occupation, as well as a myriad of incredible historic artifacts. Visit and explore the three floors of military weapons and more than 15,000 documents, wartime and battle flags, and so much more. Tours are operated daily and lead groups through history to a time when the Confederacy dominated the South.

Tours range in theme from Jefferson Davis' life and family legacy to the devastation of the Battle of Gettysburg, the controversy over the Confederate flag, and so much more. The museum is open daily from 10 am to 5 pm.