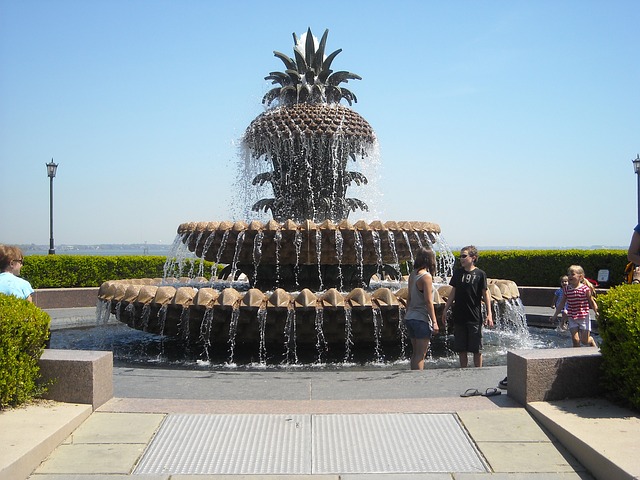 Charleston, South Carolina, is a vibrant tapestry of a city filled with patches of important history, cultural education, and natural beauty throughout. On this quick two day trip through the city, your group will get to see pieces of each aspect, and have tons of fun while doing it! Spend some time touring the most important landmarks, such as Boone Hall Plantation, or perhaps indulging in some local retail therapy at the City Market. You will come face to face with some of the city’s most haunted sites, as well as cruise the Atlantic and enjoy some of the most gorgeous bay views. This essential Charleston trip is perfect for a student group looking for some adventure and culture!

Boone Hall Plantation and Gardens - Welcome to the site of one of the most iconic southern scenes, Boone Hall Plantation and Gardens. This plantation is known to be one of America’s oldest working living plantations, opened in 1681 and still going strong today. In 1743, the son of Major John Boone planted the live oaks in two evenly spaced rows, providing a spectacular approach to the home as well as a grand general symbol of southern heritage. This plantation is so popular it is considered a true "must-see stop on any trip to Charleston, South Carolina" by NBC Daytime! Sitting on the banks of the gorgeous Wampacheone Creek, the massive home holds over 330 years of history! On a tour of the home, you will experience what plantation life was like as you tour the house, grounds, garden, butterfly pavilion, and Slave Street. You will also see strawberries, tomatoes, and pumpkins alongside the U-Pick garden in the spots where cotton and pecans used to thrive over three centuries ago.

Fort Sumter Cruise and Tour - Tour Fort Sumter the right way, with the Fort Sumter Cruise and Tour! This touring company has been serving locals and tourists alike since 1961 and claims the motto of showing exactly "where the Civil War began." This cruise line and tour company allows guests to experience the historic beauty of Charleston from the sparkling Atlantic waterways, education and history packed adventure along the Charleston Harbor! Your group will have the opportunity to explore the ruins of the fort, see bridges and monuments, and hear stories the men who fought here, all while taking in some of the best local scenery! Fort Sumter is known to be the site of the first Civil War shots, the well-preserved ruins ready for your group to explore and discover! Your group will view Battery Park, the Arthur Ravenel, Jr. Bridge, Fort Moultrie, and all the dolphins you can spot within the harbor! There is an Education Center with interpretive and visual Civil War exhibits as well.

Battery and White Point Gardens - Welcome to White Point Gardens, sometimes also known as the Battery! This historic waterfront park features a garden by the water with several stunning walking paths, military statues, historic cannons, and picnic areas. White Point Gardens are comprised of 5.7 acres and are located at the very top of peninsular Charleston. The southernmost point is considered to be the Battery, the massive defensive seawall and promenade used as protection for the seaside city. This prominent South Carolina landmark provides spectacular views of Fort Sumter and the Charleston Harbor, highlighting the spot where the Ashley and Cooper Rivers meet and empty into the Atlantic. Your group will see historic mortars and cannons used in the past for defense here, as well as a Confederate Army Monument at the corner of Murray and East Bay, as well as the epitaph of the 1720s hanged pirate Stede Bonnet!

Ghost and Graveyard Walking Tour - Bulldogs tours presents this next nighttime stop, the Charleston Ghost and Graveyard Walking Tour. This tour departs at 5 pm, 7:30 pm, and 9:30 pm nightly and takes your group into this city’s "beloved pockets" of history within some of the oldest graveyards, such lovely parts of this area’s culture that they are oftentimes just referred to simply as gardens. Bulldog Tour Company has been voted Charleston’s Best Tour Company for six years in a row, laying claim to this historic city's touring rights. The Ghost and Graveyard Walking Tour is an up-close and personal journey through one of the oldest cemeteries in the city. During this tour, your group will get to walk inside the gates of the oldest graveyard in the city and explore each and every dark corner of history held within its boundaries. The fun and informational city-experienced tour guides will give you the history of graveyards in the area alongside stories of famous burials with this "Holy City."

College of Charleston - Welcome to the College of Charleston, the nationally recognized public liberal arts and sciences university that sits among the nation’s top universities for quality education, student life, and overall affordability. This beautiful and historic campus is offset only by its contemporary facilities and cutting edge educational programs. The campus will most likely be a swirling mess of maroon and white, the school's colors donned by students and beloved mascot Clyde the Cougar. A campus tour will begin with a 30-minute information session followed promptly by a 75-minute student-led walking tour in which your group will catch a glimpse of the residence halls, library, and various classrooms. These tours and other informational resources can be found at Admissions in Craig Hall. Around 500 teacher-scholars make this school so special, as does the city itself, Charleston a grand backdrop as a living and learning laboratory for "experience in business, science, technology, teaching, humanities, language, and arts."

City Market - The Charleston City Market, or Centre Market more officially, is the widely popular four-block city market sitting in downtown Charleston, South Carolina. This historic market complex makes up the cultural heart of the city and is actually one of the nation’s oldest public markets, opened in 1804. The entire complex is over 13,000 square feet and contains over 300 vendors weekly selling wares of food, arts and crafts, and other local treasures. This building was designed originally by architect Edward Brickell White and is so popular today that it is considered Charleston's number one most visited location. While here you will be able to meet locals, shop for souvenirs, take a tour of the neighborhood, or sample local cuisine, none of which you will walk away dissatisfied with. The various objects being sold have a wide range of subject, including bath and body, crafts, books, fine art, garden, food, pet, stoneware, woodwork, leather, and jewelry. The greatest thing about all this is that it is all made locally!

Heyward- Washington House - Located on 87 Church Street, as a technical part of the larger Charleston Museum, your group will find your next stop at the Heyward-Washington House. This historic house museum was first opened in 1772, a 43,560 square foot double-house establishment. This building is an 18th century Georgian-style home that used to house Thomas Heyward, Jr., one of four Declaration of Independence signers to hail from South Carolina. The Heyward-Washington house features the only publicly open 1740s kitchen in the city, as well as highly popular formal gardens featuring many South Carolina Lowcountry 18th century native plants. This home is known for its superb collection of Charleston made historic furniture, including the priceless Holmes bookcase, considered to be one of the absolute finest examples of American made colonial furniture. Take a tour of all the exhibits throughout the complex, including such subjects as Historic Textiles, City Under Siege, The Early Days, and Kidstory, a fun yet educational hangout spot for younger children who visit the museum!