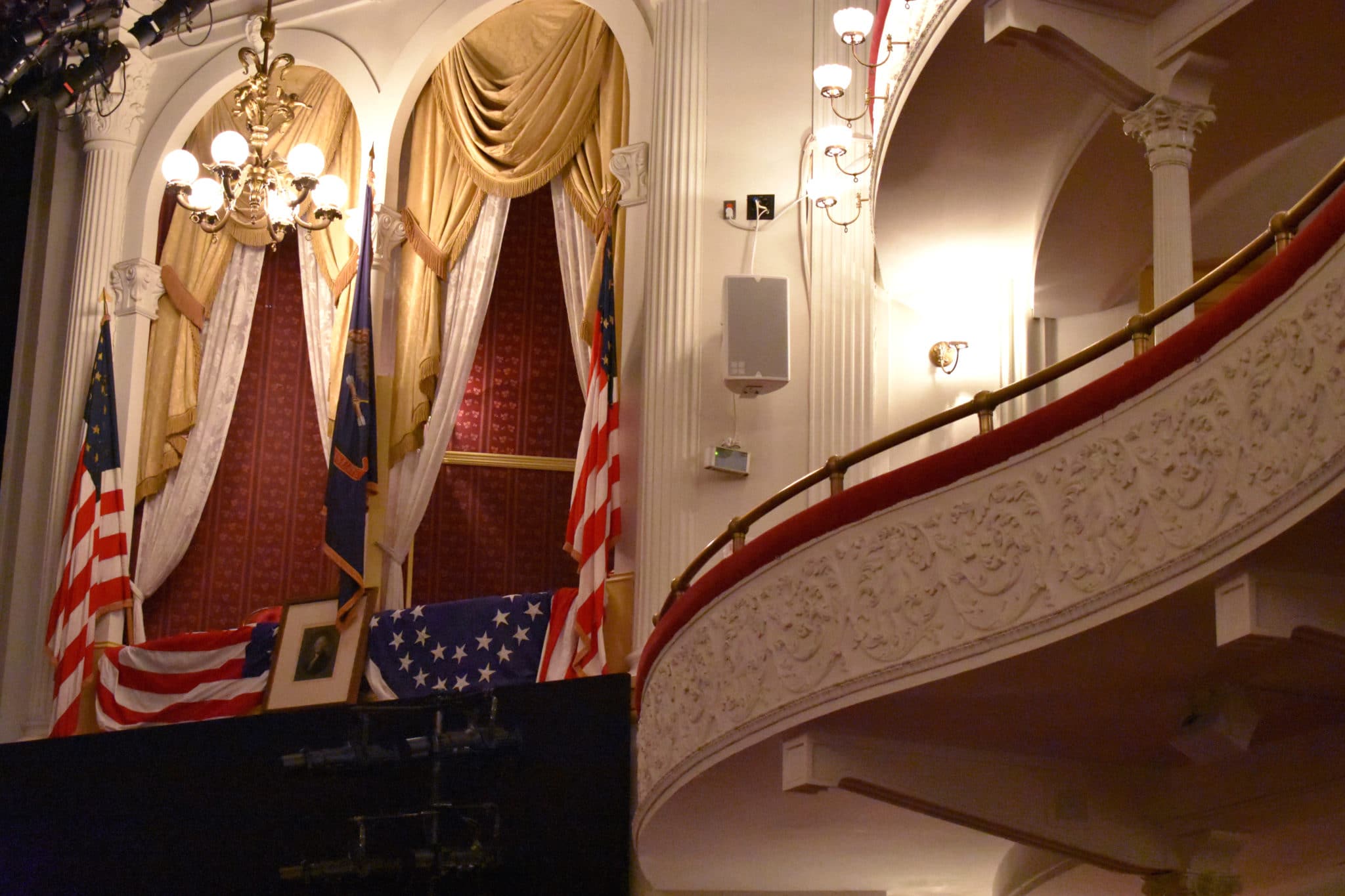 On a night of joy after the end of the Civil War, President Abraham Lincoln was mortally wounded by John Wilkes Booth as he watched a play at Ford's Theatre. Closed for over a hundred years after the assassination, Ford's Theatre reopened in 1968 as both a historic landmark and a working theater. Visit the place where the 16th president was assassinated, tour the exhibits and historic displays, and see a performance.

This fully restored and renovated landmark has been made to look as it did in Civil War-era Washington, D.C. with updated amenities and a history museum on the first floor. Displays include artifacts and items such as President Lincoln's coat, the Treasury Guard flag Booth tore in his escape from the President's box, and several of Booth's possessions. See the Deringer pistol Booth used to shoot the president, his diary, knife, and even pictures of his secret fiance, Lucy Hale, who was the daughter of a U.S. Senator.

As a working theater, Ford's continues to produce and perform plays throughout the year. For tour groups, entry into the theater includes a presentation by the National Park Service rangers, a one-act play, access to the Petersen House across the street where President Lincoln died, and the Center for Education and Leadership, a museum focusing on the president and his assassination. History on Foot is a walking tour led by a historic figure in costume through the streets and landmarks of Washington, D.C. The President's Box, the seating area where he was shot, is rarely open to the public though you may see it from the exterior.

The theater box office opens at 8:30 am every morning except for major U.S. holidays and visits are welcome to begin at 9:00 am.